Here’s a look at the cover of the book mentioned in the last blog, the quiz book on identifying ballplayers from clues provided. 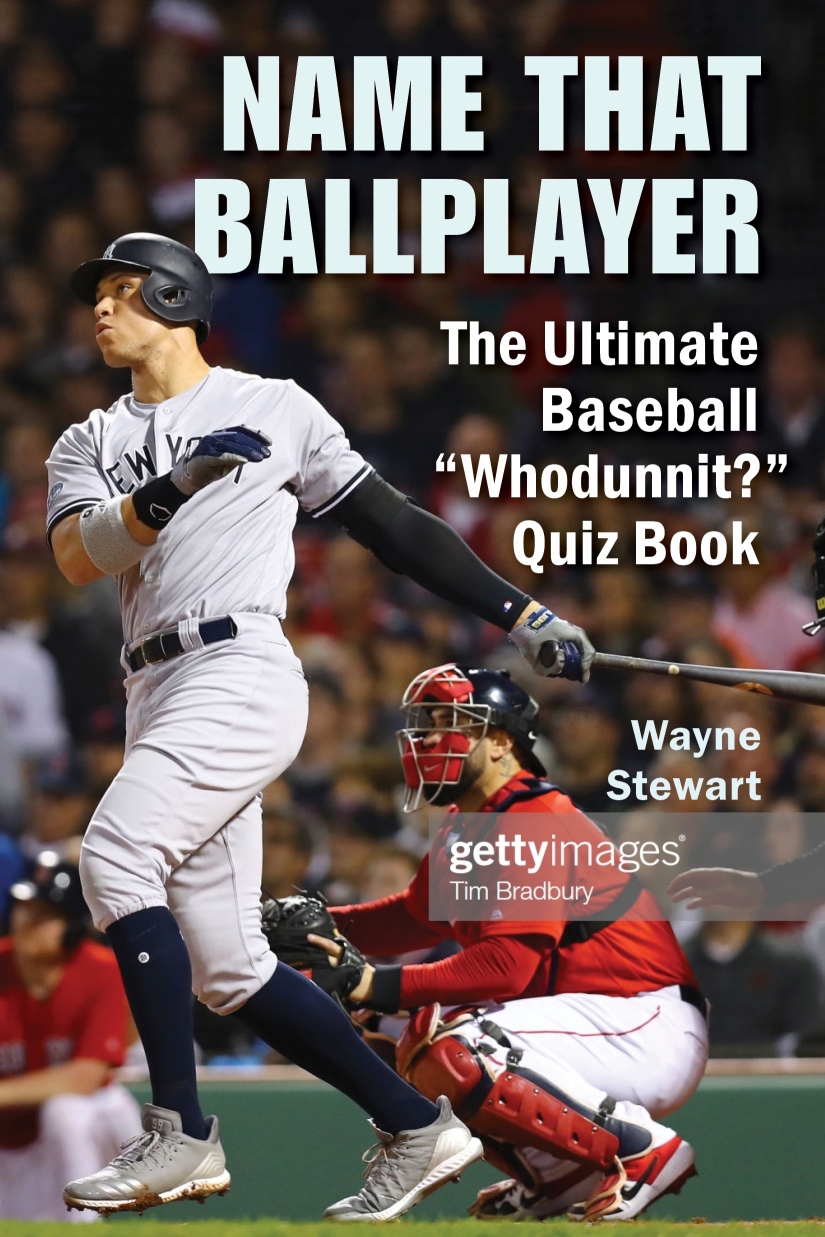 I began writing professionally in January of 1978. I have sold about 500 articles on freelance basis to national and local newspapers, magazines, and research journals including: Selling stories to 13 major league publications for use in their scorebooks, yearbooks, and official programs (including the Yankees, Braves, Dodgers, Red Sox, Phillies, Twins, A’s, Orioles, etc.). I’ve written for Baseball Digest, Beckett Publications, a Hall of Fame publication, USA Today/Baseball Weekly, Boys’ Life, Sports Heritage, a Lexington Library “annual,” a SABR Research Journal, a small Cleveland newspaper and three others in Lorain, Ohio. I have appeared on numerous radio and television shows including ESPN Classic to promote my books and I have done extensive public speaking for libraries, writers’ groups, nursing homes, etc. (as part of a Cleveland speakers’ bureau). I also did sports writing, announcing, play-by-play, and pre-game shows for the Cleveland Indians and Notre Dame football, and I hosted a sports talk show (call-in) for a small, local radio station. In addition, I spent more than 30 years as an English teacher at the secondary level and am now retired from teaching except for courses I have taught periodically at Lorain County Community College for their College for Kids program. View all posts by waynestewartonsports